“A bit of a kicking” 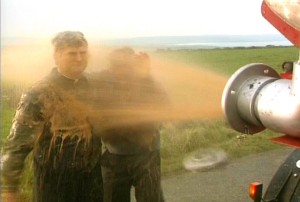 I’m afraid there are times in some of our working lives when we get what is often called “a bit of a kicking”. That spoken assault when, no matter how pointed or aggressively given, you really have little choice but to just take what is thrown at you. You see, it’s not about what you’ve done right or wrong. It’s not about asking the other party(ies) to be more gentle or kind. It’s not even really about being reasonable.

As harsh as it may be, more than anything it is information. It’s recognition of where you’ve found yourself positioned. It’s real life observation of others emotional outbursts. It’s an opportunity to accept the reaction and let it move towards something more productive & useful.

In so many ways I’d really rather it never happened to anyone at all but I’ve often seen it become the fulcrum for step change & better working relationships. You see for someone to bother to give you such energy is in many ways recognition that they believe you can do better. They want you to do better. They expect you to do better. It may not seem that way but ponder that perspective if you will.

Don’t get me wrong, there’s little humane about such reactions but we probably all recognise it as human. As much as we’d like to avoid it ever happening, if it does perhaps we can try to see it as an opportunity?

If not, then maybe we can seek out something else useful.  Maybe there is even humour to be found in such punishment – a little like this perhaps!

« Sharing and challenging?
Do you really want a “Coaching Culture”? »